Image: Artists impression of a pulsar vaporising a star remnant.. 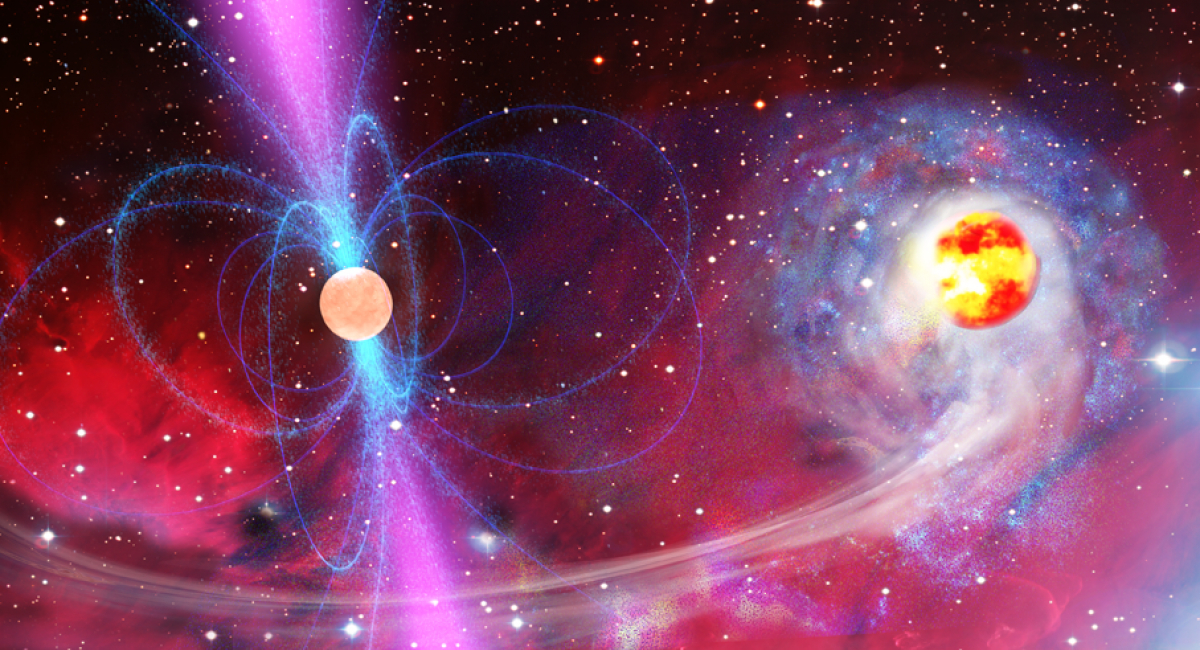 What powered the Big Bang, what happens to space and time in black holes and what is the mysterious dark energy accelerating the expansion of the Universe? Gravitational wave signals will provide rich new information about the behaviour, structure and history of the physical universe, and about physics itself.

LISA will measure gravitational wave signals from a wide range of sources that are of strong interest for a deeper understanding of the cosmos.

LISA data is expected to shed light on

and it will provide exceptionally strong tests of the predictions of general relativity. These unique dynamical tests are based on mergers of two massive black holes with maximally warped vacuum spacetimes travelling nearly at the speed of light and interacting strongly with each other. This system will allow us to test the full non-linear dynamics of gravitational theory.

In the same way that accelerated electric charges generate electromagnetic radiation, accelerated mass and energy generate gravitational radiation. The periodic motion of a system of mass M and size R at a (luminosity) distance D creates gravitational waves with a strain amplitude of about

with a frequency determined by the frequency of the motion. The shapes and strengths of the observed waves give us details about the structure and behaviour of the system that produced them.
LISA will open the gravitational wave window in space and measure gravitational radiation, from about 0.1 mHz to 100 mHz, a band where the Universe is richly populated by strong sources of gravitational waves.