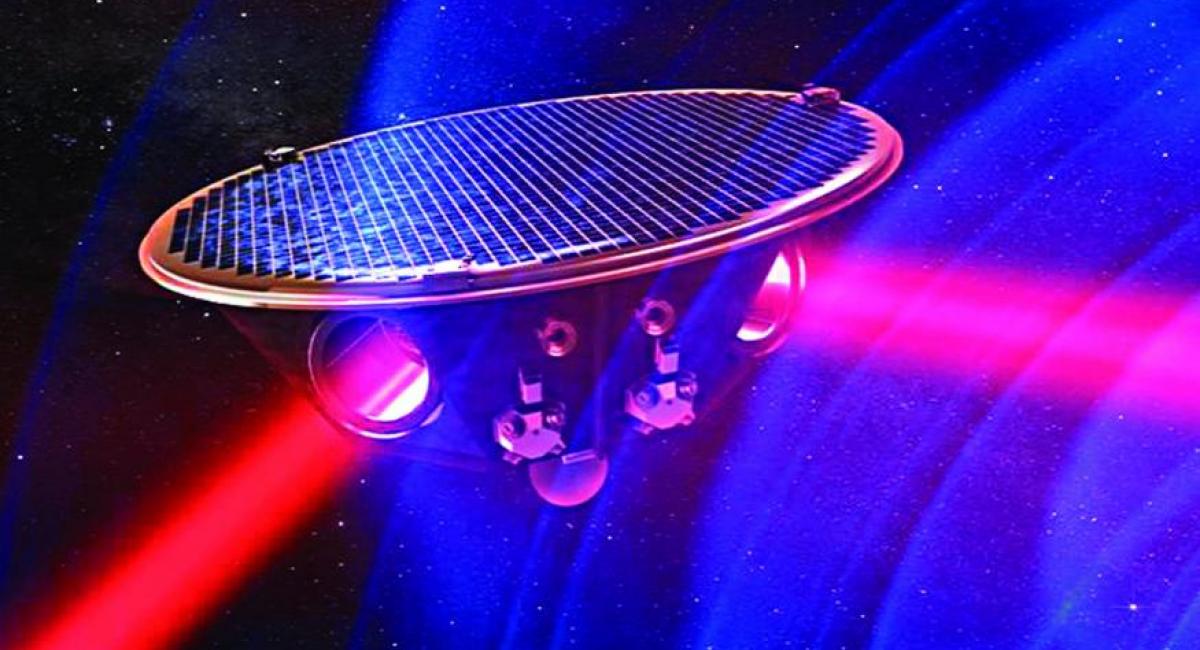 Key features of LISA are interferometric measurement of distances, million-km long baselines, drag free spacecraft based on inertial sensors, and the familiar “cartwheel”-orbits.

The LISA mission will be based on laser interferometry between free flying test masses inside drag-free spacecraft .

LISA uses precision laser interferometry across million km of space to compare separations between test masses that are protected by the spacecraft from non-gravitational disturbances. The distance measuring system is a continuous interferometric laser ranging scheme, similar to systems used for radar-tracking of spacecraft.

One of LISA´s key features is the set of three orbits in a near-equilateral triangular formation, described under the mission concept. The LISA orbits ensure a stable thermal environment, minimising thermal disturbances on the spacecraft and the inertial test masses. Another key technology of LISA are free-falling test masses inside each spacecraft. The test masses will be undisturbed by forces other than gravitation.

A new technology, the so-called “drag-free” operation, allows the spacecraft to follow the test masses, all the while shielding the test masses from spurious forces.