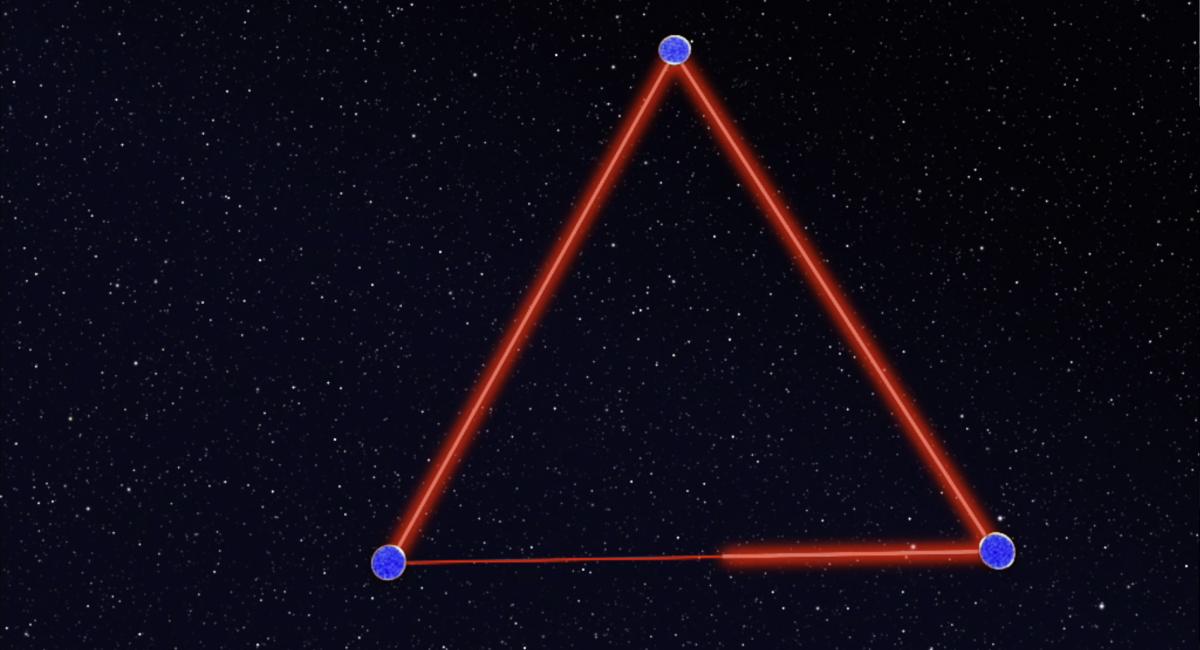 The LISA mission consists of three spacecraft orbiting the Sun in a triangular configuration, connected by three arms of a laser interferometer.

The three satellites, separated by millions of km, will form a high precision interferometer that senses gravitational waves by monitoring the minute changes in distance between free falling test masses inside the spacecraft.

A key feature of the LISA concept is a set of three heliocentric orbits maintaining a near-equilateral triangular formation, without the need for orbit corrections. With an appropriate launch strategy, the formation can be kept in an almost constant distance to the Earth of about 50 x 106 km so that the LISA formation will trail the Earth by about 20°.

The centre of the formation is in the ecliptic plane 1 Astronomical Unit (AU) from the Sun and 20° behind the Earth. The plane of the triangle is inclined by 60° with respect to the ecliptic. These particular heliocentric orbits for the three spacecraft were chosen such that the triangular formation is maintained throughout the year, with the triangle appearing to rotate about the centre of the formation. The orbit is optimised to minimise the key variable parameters of so-called "arm breathing" and range change between the spacecraft, as both of these drive the complexity of the payload design. At the same time it ensures that the distance to LISA from Earth is sufficiently small for communication purposes.

LISA will coherently measure the stretching and squeezing of spacetime, including frequency, phase, and polarisation. Hence it will shed light on the origin of gravitational waves — large-scale violent cosmic events — and trace the motions of distant matter directly.

Compared to the Earth-bound gravitational wave observatories like LIGO and VIRGO, LISA addresses the much richer frequency range between 0.1 mHz and 1 Hz, which is inaccessible on Earth due to armlength limitations and terrestrial gravity gradient noise.