Gravity is the dominant force in the universe. 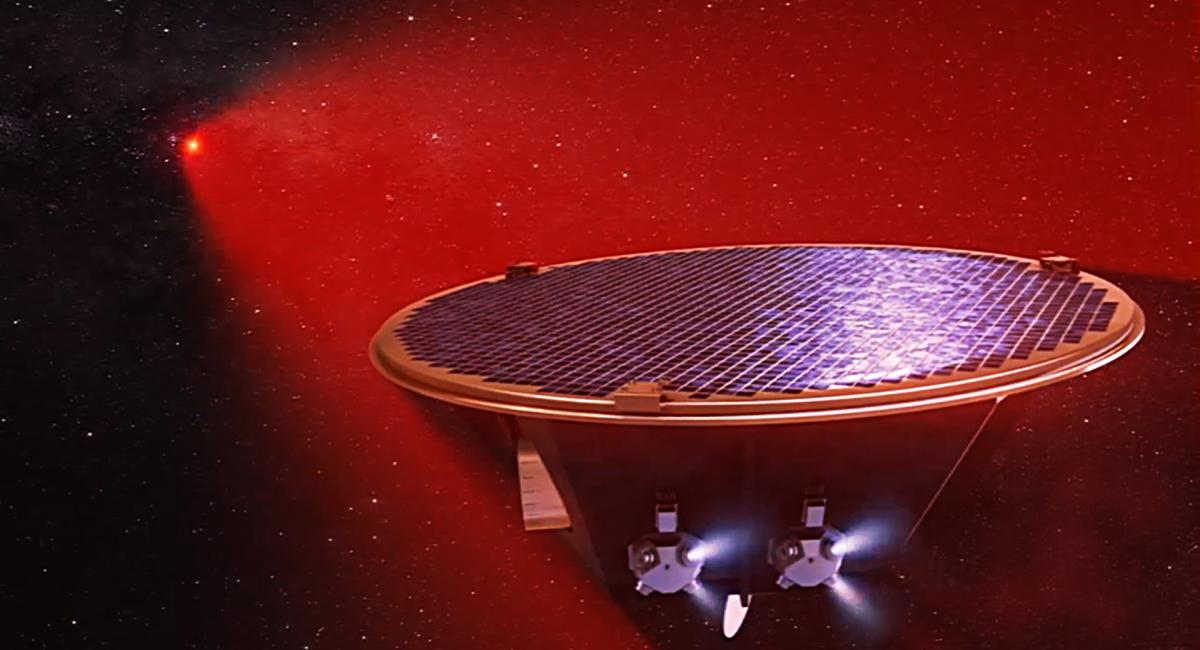 LISA will be the first observatory in space to explore the Gravitational Universe. It will gather revolutionary information about the dark universe.

With the recent direct detections of Gravitational Waves from merging black holes by the LIGO observatories, the era of Gravitational Wave astronomy has begun. But on Earth, observations are limited to objects with masses a few 10's that of the Sun, which produce high-frequency signals. Sources with much larger masses, such as the mergers of massive black holes at the centres of galaxies, produce signals at much lower frequencies, undetectable on Earth.

LISA is a space-borne Gravitational Wave Observatory with an arm-length of 2.5 million km, compared to the few km's of the ground-based observatories. LISA will enable us to discover the parts of the universe that are invisible by other means, such as black holes, the Big Bang, and other, as yet unknown, objects. LISA will enhance our knowledge about the beginning, evolution and structure of our universe.

Gravitational waves travel undisturbed through spacetime. Thus, the cosmic horizon of LISA will be the deepest and widest possible.

An ideal instrument for measuring gravitational waves over a broad band of low frequencies is a laser interferometer with an arm length as large as possible and long integration times, the primary impetus for a space-borne detector. Hence LISA can be thought of as a high precision Michelson interferometer in space with an arm length of 2.5 mil­lion km. The arm length has been carefully chosen to allow observation of most of the interesting sources of gravitational waves in the target frequency band.

LISA will complement traditional astronomical observations based on the electromagnetic spectrum (for example, observations from visible light, infra-red or x-rays). It will open the gravitational wave window in space and measure gravitational radiation over a broad band of frequencies, from about 0.1 mHz to 100 mHz, a band where the Universe is richly populated by strong sources of gravitational waves.