The free-flight mode of LPF

Measuring below the actuation noise

A CAD cut-away of the LTP. 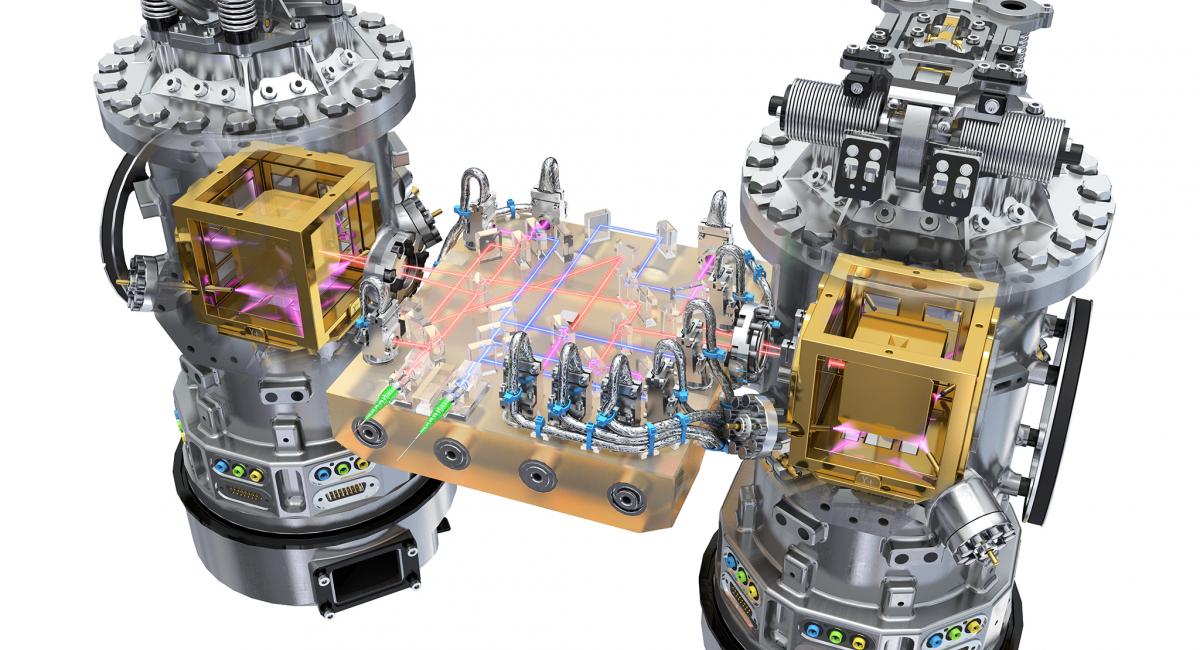 By allowing both test masses to repeatedly drift without control for short periods of time, we can dig below the technical noise and get closer to the performance we expect from LISA.

In order for us to probe below this noise source to assess the potential performance of LISA, an experiment has been designed in which the actuation of the 2nd test mass is switched off. After a few minutes of free drift, the actuation is restored for a short time to ‘kick’ the test mass back to its nominal position. Then the actuation is switched off again, and the process is repeated. This is a lot like tossing a coin and in fact the test mass will follow parabolic trajectories between the ‘kicks’. The data from this experiment can then be analysed to provide a measurement of the purity of free-fall one can achieve in a more LISA-like configuration. If the actuation noise is a limiting factor, then this experiment will result in periods of time where the relative acceleration of the two test masses is lower than before, and therefore closer to pure geodesic motion.