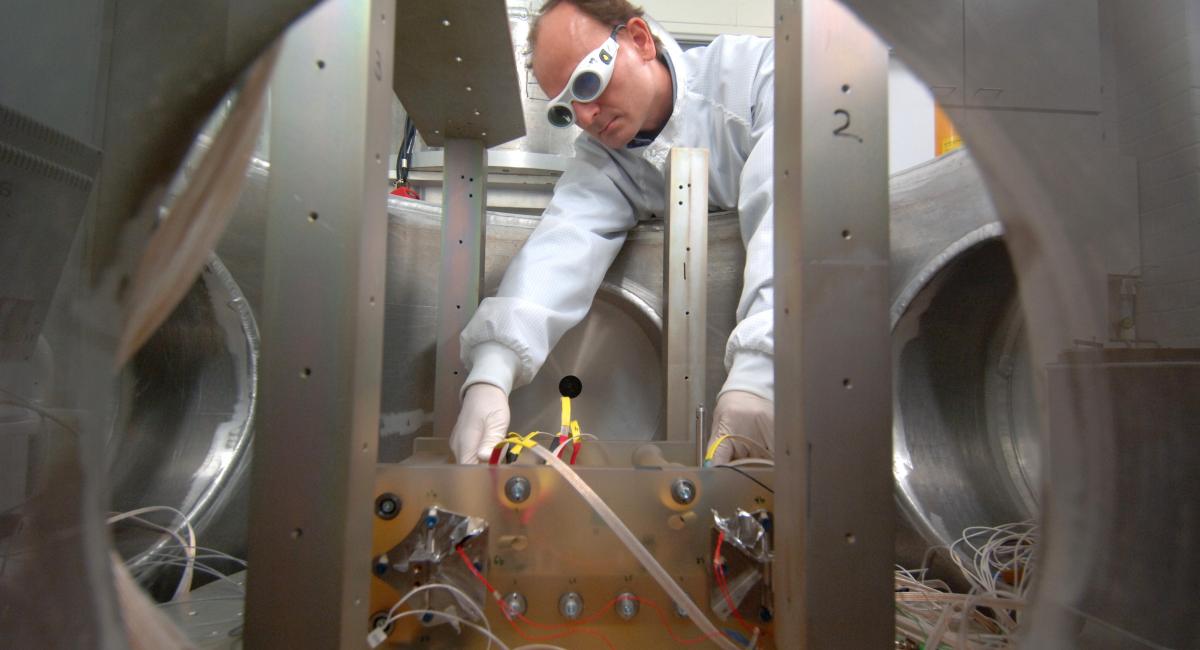 LISA Pathfinder (LPF) is testing in space those key technologies that are specially developed for the LISA mission. In LPF, one laser arm of LISA is effectively reduced from a length of 1 million kilometres down to around 38 cm and the experiment installed into a single spacecraft.

The LISA Technology Package LTP
The LTP (LISA Technology Package) is a payload developed by European institutes and industry. It contains the two identical test masses: 46 mm cubes made of gold-platinum, each suspended in its own vacuum vessel, capacitive sensors to monitor the relative position of the test masses with respect to the satellite, laser interferometry to determine the relative positions and attitudes of the two test masses, and the drag-free control system to adjust the relative alignment of the satellite and test masses through a mixture of Micro-Newton (cold gas) thrusters and capacitive actuation. The cubes serve both as mirrors for the laser interferometer and as inertial references for the drag-free control system of the spacecraft, exactly as will be used for LISA.

Drag-free Control
The LPF drag-free control system onboard the spacecraft monitors the micro motions of the test masses. When one of the test-masses moves away from its null position, a signal is sent to the control system which activates the micro-propulsion thrusters to enable the spacecraft to remain centred on this test mass. The second test mass is made to follow the first by control forces applied via the capacitive actuator. It is the very first time that ESA operates a spacecraft with such high precision micro-Newton thrusters as the only propulsion mechanism.