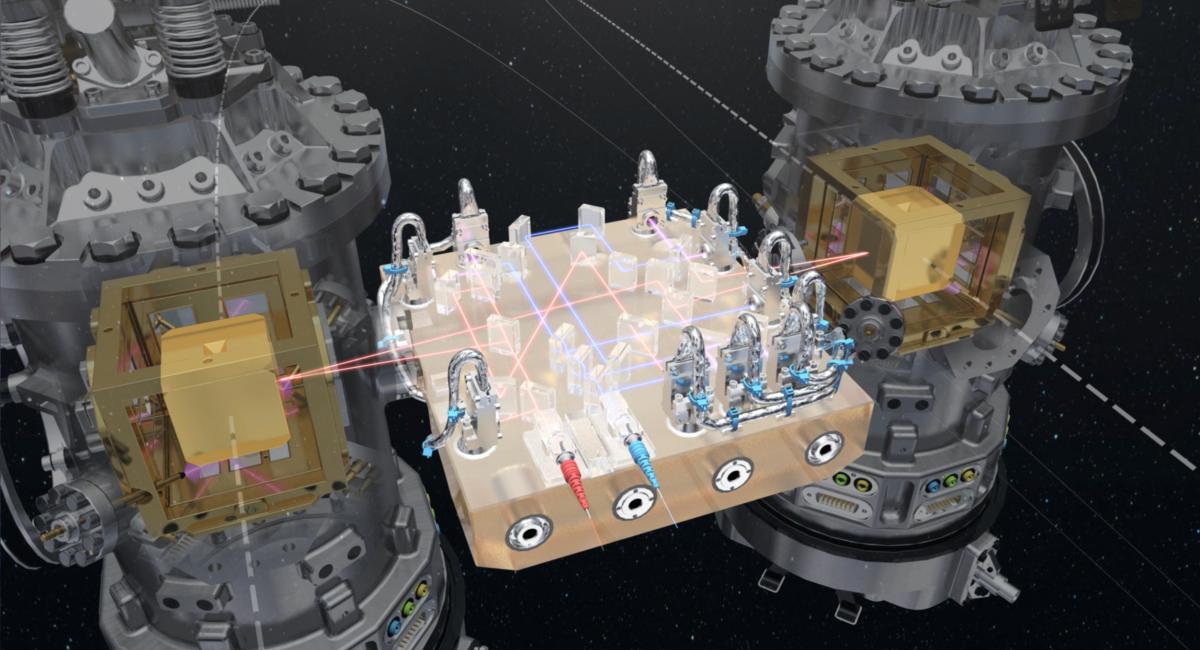 At the heart of the LPF payload are the two Gravitational Reference Sensors (GRS) which have the job of allowing two test masses (TM) to follow purely gravitational orbits to better than femto-g precision.

The GRS are composed of the test masses themselves, which are free-falling inside capacitive sensing and actuating electrode housings.  All of this is contained inside the GRS subsystem, consisting of a vacuum chamber and hardware for the photoelectric discharge of the TM (via the charge management system) and for holding the TM in place during launch (caging mechanism).   Along with the interferometry metrology system, the GRS is critical for the drag-free control of the satellite and force actuation for the TM, known collectively as the Drag-free and Attitude Control System.

The GRS and DFACS are designed to be fully compatible with the LISA requirements.  Along with the local interferometry measurement, these will provide critical flight-tested hardware and control that constitutes a large part of the commissioning for LISA!