Drag-free control of a 400kg spacecraft 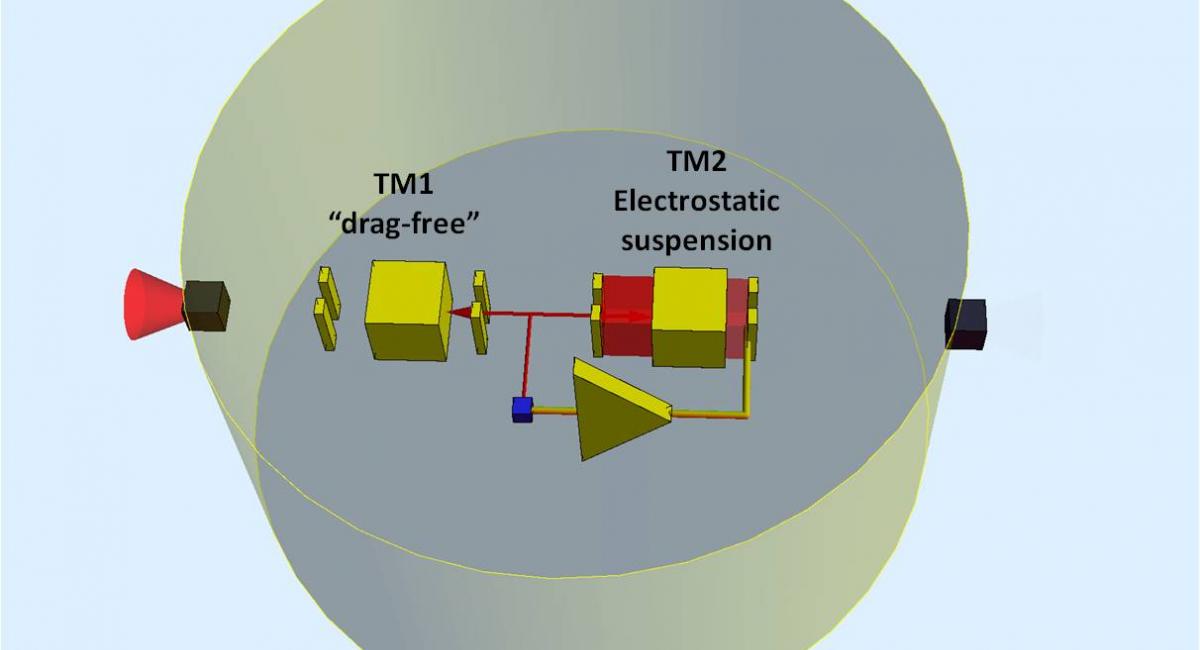 LISA Pathfinder control – with forces applied to the satellite and to the TM – aims at a stable system with 18 degrees of freedom, one of which must be inertial to less than a femto-g.  In achieving this, LISA Pathfinder paves the way for similar dynamic control with LISA.

The basic control mechanism for the LISA Pathfinder science phase is illustrated in the figure and, simplifying to the X measurement axis, works as follows:

All other degrees of freedom will be controlled with a combination of the satellite thrusters and electrostatic suspension, using the interferometry, capacitive sensing, and satellite star trackers as readouts of the relevant displacements.