Dead Stars Found Whipping Around Each Other in Minutes

Dead Stars Found Whipping Around Each Other in Minutes 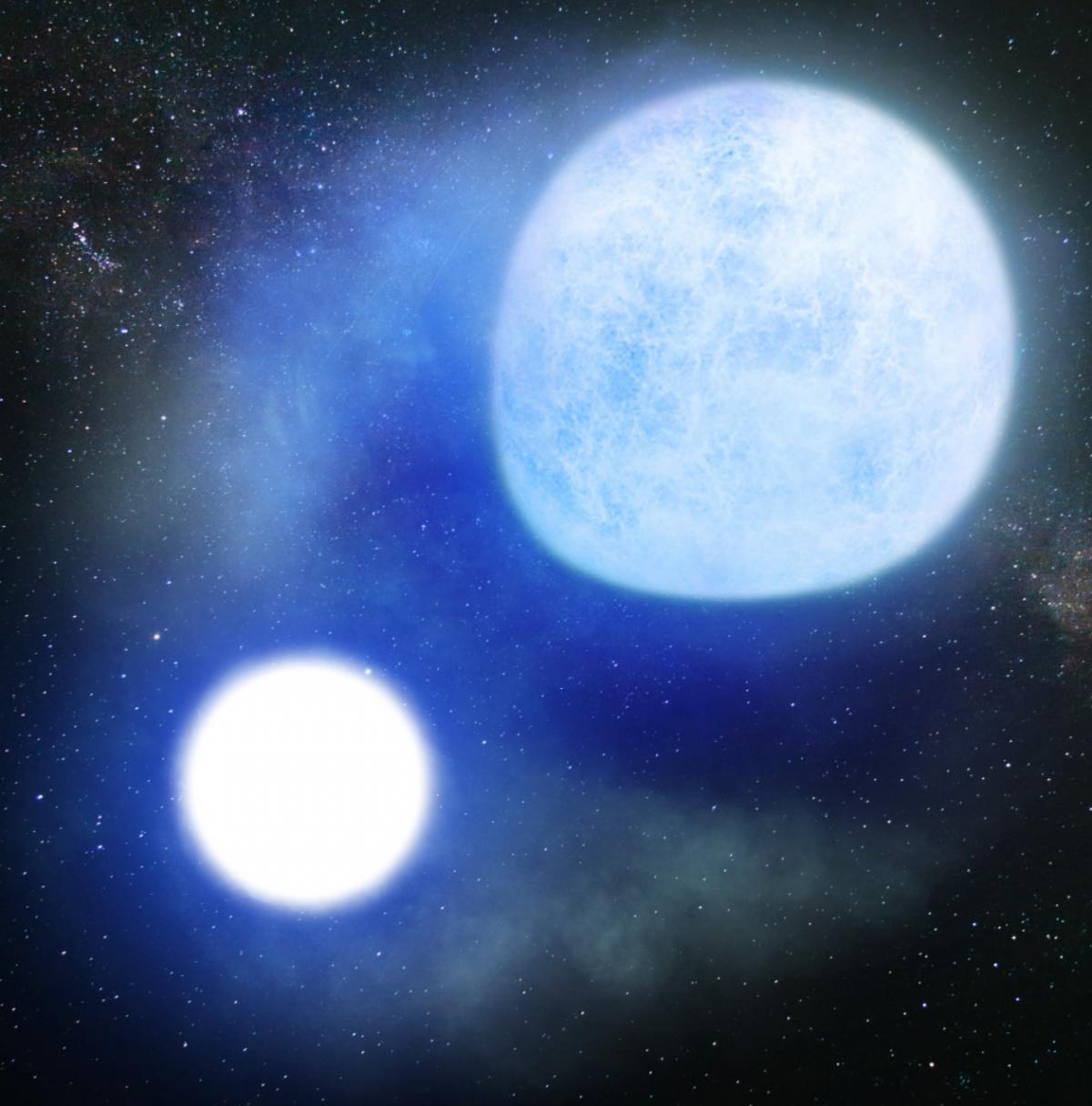 Two dead stars have been spotted whipping around each other every seven minutes. The rare celestial find was made using Caltech's Zwicky Transient Facility (ZTF), a state-of-the-art sky survey at Palomar Observatory that rapidly scans the night skies looking for anything that moves, blinks, or otherwise varies in brightness.

The newfound dynamic duo, officially known as ZTF J1539+5027, is the second fastest pair of orbiting dead stars, called white dwarfs, found to date. The pair is also the fastest "eclipsing binary system," meaning that one white dwarf repeatedly crosses in front of the other from our point of view. The eclipsing nature of the stellar companions is key because it lets astronomers learn the stars' sizes, masses, and orbital periods

Each of the newfound white dwarfs is roughly the size of Earth, with one being a bit smaller and brighter than the other, and together they weigh as much as our sun. The two objects orbit very closely to each other, at one-fifth the distance between Earth and the moon; in fact, the orbiting stars would fit inside the planet Saturn. And they whip around each other every seven minutes at speeds of hundreds of kilometers per second.