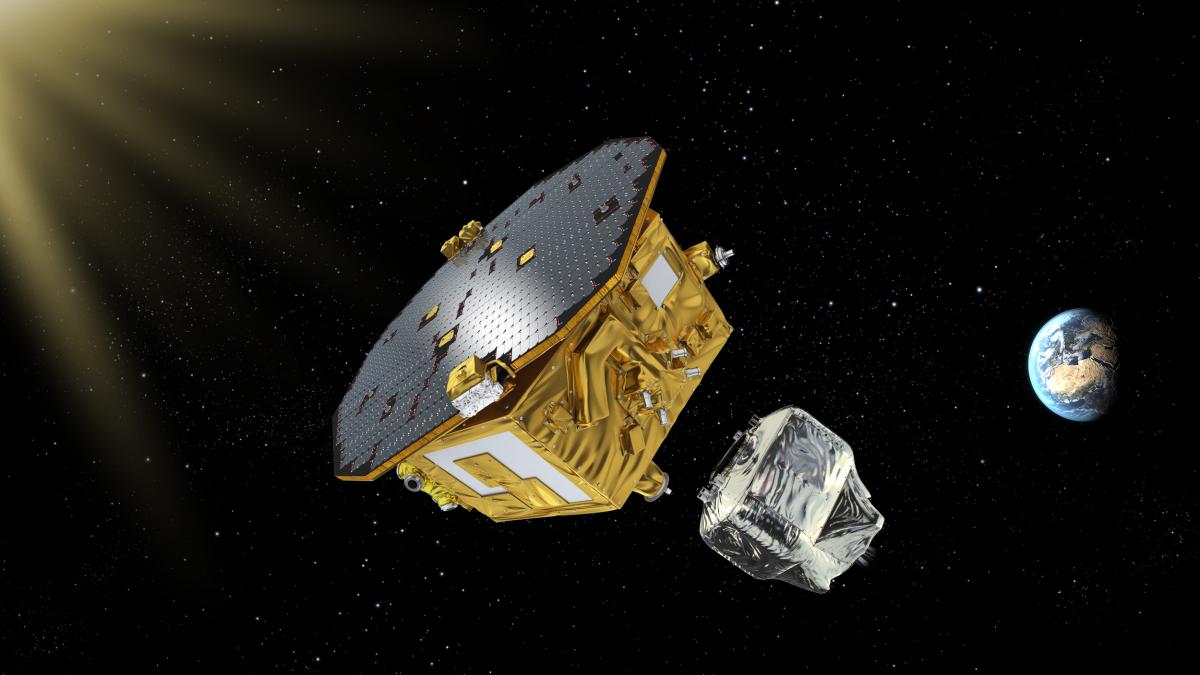 Artist's impression of LISA Pathfinder, ESA's mission to test technology for future gravitational-wave observatories in space, after the separation of the propulsion module.

LISA Pathfinder launched on 3 December 2015, and used its propulsion module to raise its orbit six times and embark on the path to its operational orbit. After releasing the propulsion module on 22 January, the science module will enter its final orbit around the first Sun–Earth Lagrangian point L1, 1.5 million km from Earth in the direction of the Sun.