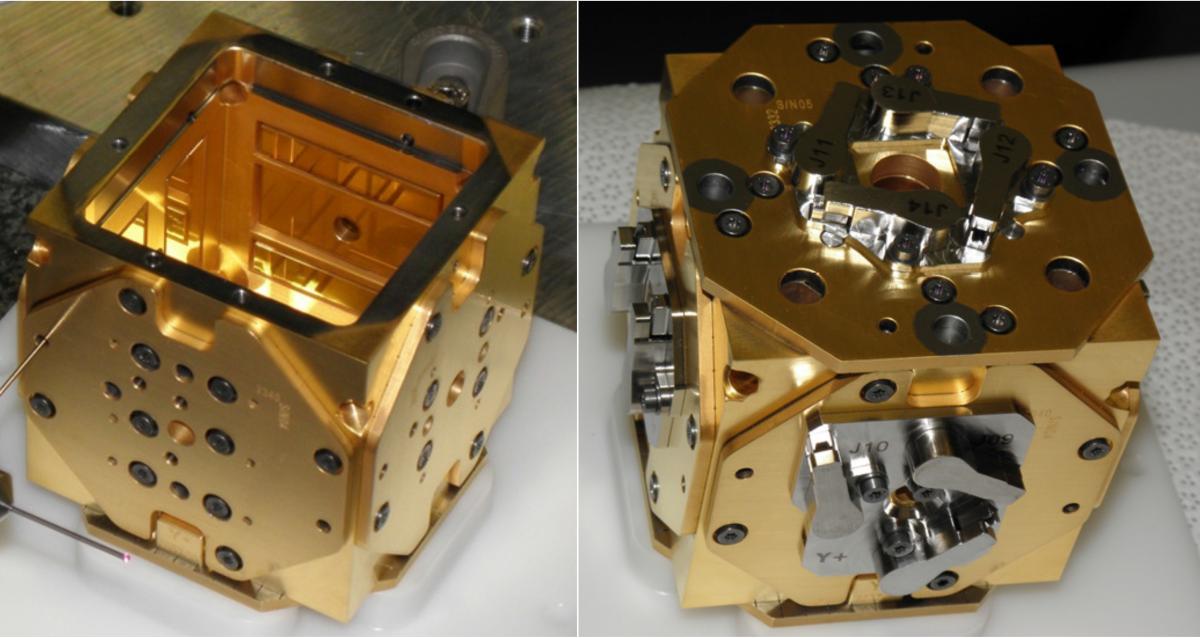 A core component of the Inertial Sensor Subsystem

CGS SpA delivered the inertial sensors of the LISA Pathfinder mission on 3rd November 2014. The inertial sensors, key elements of the mission, were delivered in Milan, during a ceremony at the headquarters of the Italian producer, Compagnia Generale dello Spazio (CGS spa), on funding from the Italian Space Agency (ASI), designed by scientists from the University of Trento, supported by the Italian National Institute for Nuclear Physics (INFN). The Experimental Gravitation Group of the University of Trento - Department of Physics - coordinated by Professor Stefano Vitale played a fundamental role in the sensors’ designing. The team is a member of the LISA scientific team and principal investigator of the LISA Pathfinder mission. The inertial sensors will now be integrated and tested with the other HW, in view of the mission launch, planned for July 2015.