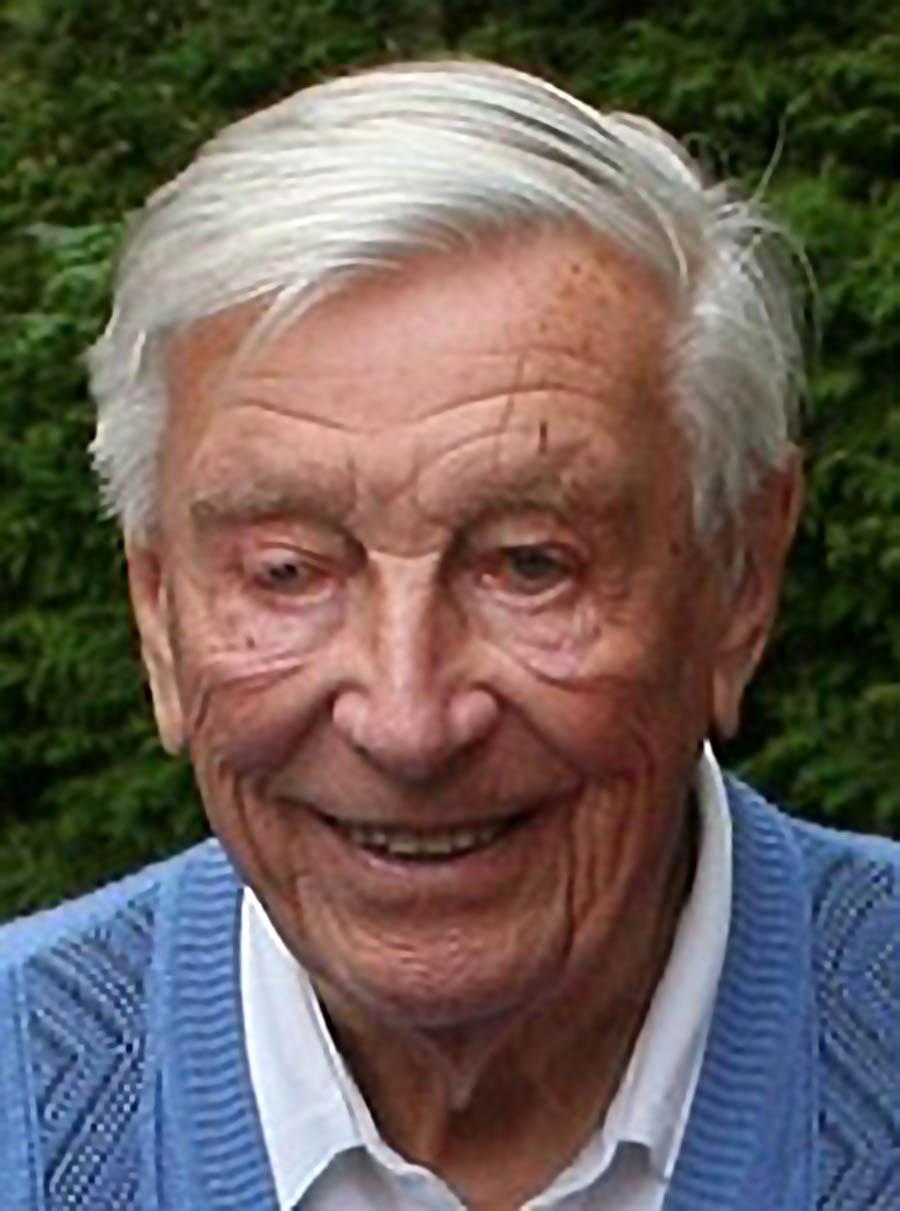 Heinz Billing is often mentioned in the same breath as Konrad Zuse as an important German computer pioneer, but he has also been intensively involved in gravitational wave research since the early 1970s. He pioneered key fundamental technologies that led directly to detectors like GEO600, the British-German gravitational wave detector near Hannover and the US LIGO project (Laser Interferometer Gravitational Observatory) would not have been possible. Heinz Billing witnessed the culmination of his life’s work – the first direct detection of gravitational waves on 14 September 2015 – at the proud age of 101 years.

Heinz Billing was born as the son of a teacher and headmaster in 1914. After finishing high school, he went on to study physics and mathematics in Göttingen and Munich and earned his PhD degree at the early age of 24. He worked in the Aerodynamische Versuchsanstalt (AVA) – the Aerodynamics Reseach Facility – at Göttingen, at which he remained after its reorganization after the Second World War. It is now known as the Institut für Instrumentenkunde (Institute for Instrumentation) of the Max Planck Society.

Heinz Billing and Gravitational Wave Detectors
Heinz Billing became involved in gravitational physics in the early 1970s, when he tried to verify the detection claims made by American physicist Joseph Weber based on length measurements of a metallic cylinder. Billing and his team, as well as colleagues in Frascati, made repeated measurements on precise duplicates of Weber's apparatus. However, neither team was able to duplicate the results in what had become the longest running and most sensitive coincidence experiment of that time. Weber's claims were thus irrefutably disproven. Following a proposal by Rai Weiss from the Massachusetts Institute of Technology (MIT), in 1975 Billing embarked on the use of laser interferometry to detect gravitational waves.  From 1980 onward Billing commissioned the development and construction of a prototype laser interferometer with an arm length of 30m in Garching near Munich. Without the knowledge gained from this prototype, the LIGO project would not have been started when it did, said Rai Weiss in 2013.

Billing's influence on gravitational research did not end with his retirement in 1982. The many successful experiments he initiated, as well as the experimental sensitivities reached by 1980, directly led to the proposal of a gravitational wave detector in Germany with an arm length of 3km. In the mid 1990's, construction started on gravitational wave detectors in Germany (GEO600), in the US (LIGO), in Italy (Virgo) and in Japan (TAMA). Today, the German-British GEO collaboration is a world-wide leader in developing new technologies for detecting gravitational waves. For example, the laser systems which are core components of the US Advanced LIGO detectors were developed at GEO600.

After his retirement, Heinz Billing continued to provide advice and support especially to the Max Planck Institute for Gravitational Physics (Albert Einstein Institute/AEI). The colleagues at the AEI and the Leibniz Universität Hannover are deeply grateful for his constant support and mourn an extraordinary person whose entire life was dedicated to research.